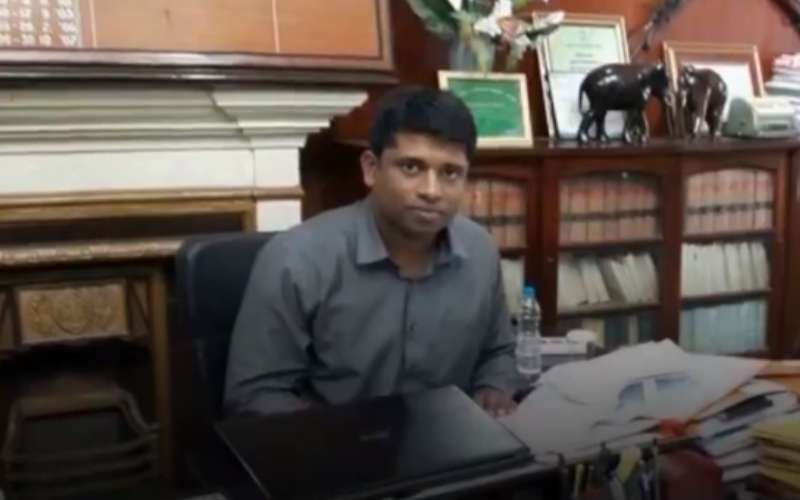 New Dehli, 11 Sep 2019 [Fik/News Sources]: Indian Administrative Service (IAS) officer Kannan Gopinathan, who quit from service in August over curbs in the valley, was in fact issued a show cause notice in July by the Union Home Ministry for indulging in various acts of “ommission and commission” which constitute “misconduct” as well as “dereliction of duty”.

Gopinathan, 33, once lauded for his work during the 2018 Kerala floods, had quit the coveted government job on August 21, stating that he was “disturbed” over the curbs imposed in Jammu and Kashmir since August 5.

Now it has come to light that the IAS officer’s move followed a show cause notice served on him on July 8, in which the Home Ministry had proposed for appropriate disciplinary action from the Union Territory of Daman and Diu, and Dadar and Nagar Haveli in his case.

The 2012-batch AGMUT cadre officer from Kerala was posted in Dadra and Nagar Haveli as Power and Non-Conventional Energy Secretary.

The Centre’s notice was issued after the two Union Territories had brought it to the knowledge of the Ministry that Gopinathan had been indulging in various acts of “ommission and commission”, which constitute misconduct within the meaning of the rule (3) of the All India Service (Conduct) Rules, 1968.

The Union Territories had informed the Ministry through a letter dated June 11, that Gopinathan had been indulging in act of “insubordination, adoption of dilatory tactics and dereliction of duty”.

The officer was charged for delay of nine months from his part in submitting a file to amend the policy regarding discontinuation of issue of Permanent Residence Certificate, among other charges.

The officer was asked to get the work of underground electrical cabling and shifting of electric poles completed by May 2018 to enable early execution of projects of beautification of roads from Naroli to Saheed Chowk to Samarwani in Dadar and Nagar Haveli.

However, the poles were not shifted till March 2019, the Home Ministry notice said.

Gopinathan even bypassed the prescribed reporting channel, the notice said, adding three such instances dated June 26, 2018; July 16, 2018 and October 15, 2018 for appointment of Director on the board of DNH Power Distributikn Company Ltd were also there.

It is further observed that Gopinathan visited Kerala in the wake of massive flood in the state in 2018 to meet the officers concerned and chalked out a plan as to how the Union Territory administration could help the flood victims.

But he failed to submit any report on his return from tour, the notice further said.

Gopinathan was asked to prepare the nominations for Prime Minister’s award under various categories for innovations in public administration. But he failed to comply with the said direction, the notice read.

“Whereas, Gopinathan is holding a responsible position in the government and therefore knowledge of extant rules and instructions, including that of All India Service (Conduct) Rules, 1968 can be safely attributed to him.

“And now thereof, Gopinathan is directed to show cause within 10 days from the date of receipt of this memorandum as to why disciplinary proceedings should not be initiated against him for the aforesaid acts of ommission and commission,” the notice said.

As per the notice, Gopinathan was advised to submit his reply through the advisor to the administrator, Daman and Diu, and Dadar and Nagar Haveli.

“The advisor to the administrator is requested to examine the reply or clarification of Gopinathan within 15 days thereafter and submit the recommendations of the Union Territory administration with the approval of the administrator to the Ministry of Home Affairs within the same period, the notice said.

Gopinathan in his resignation letter though said there was denial of “fundamental rights” to lakhs of people in Jammu and Kashmir for weeks after the state lost its special status following the abrogation of Article 370.

“I joined civil service with the hope that I can be the voice of those who have been silenced. But here, I lost my own voice,” Gopinathan said after his resignation.