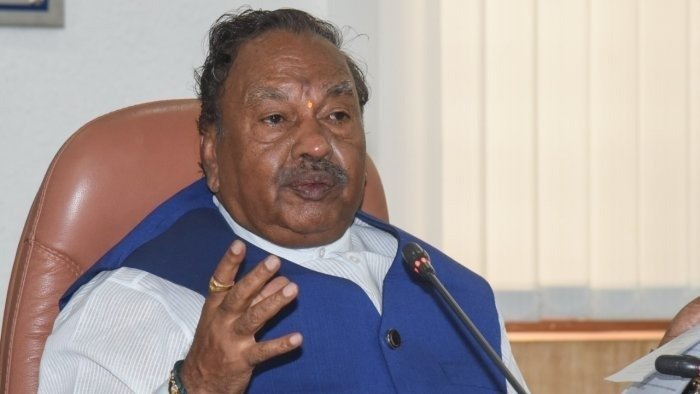 MYSURU, 18 Sep 2022 [Fik/News Sources]: Senior BJP MLA KS Eshwarappa on Friday hit out at Congress legislators for tearing a copy of the Karnataka Protection of Right to Freedom of Religion Bill-2022, commonly called the Anti-Conversion Bill, in the Council on Thursday.

Calling the passing of the Bill historic, the former minister said the move will put an end to forceful conversions and luring of people towards a particular religion. He said that a few Congress legislators tore a copy of the Bill to please Congress interim president Sonia Gandhi and Wayanad MP Rahul Gandhi.

“The passing of the Bill is a victory for democracy,” he said, adding that cases of religious conversions were increasing in recent years and noted during revision of electoral rolls.Eshwarappa, however, said he is not against people converting to other religions voluntarily.

Meanwhile, Eshwarappa said that those Dalits who are economically well-off and are politically connected should give up reservation so that the benefits reach the deserving.Eshwarappa said that KPCC president DK Shivakumar should appear before the ED instead of questioning the timing of the summons. Taking a dig at the Congress over its Bharat Jodo Yatra, the former minister accused the Grand Old Party of dividing Akanda Bharat.