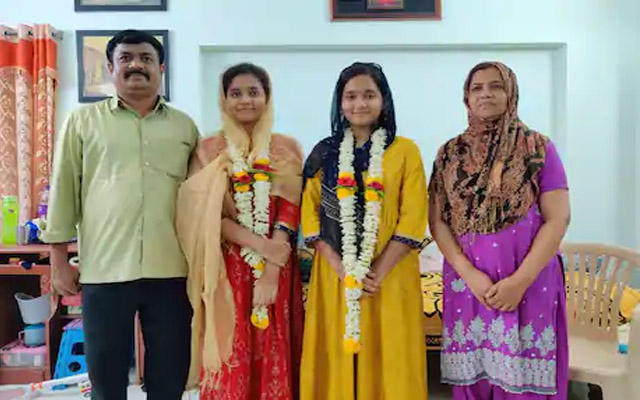 In the SSLC examination result which was announced recently, they scored the same marks- 620/620. This is for the first time twins secured same marks in any state level public examination.

Saba and Zeba, twins of Liyakath Ali Mulla and Jahida Parwin are the one who achieved this. Both Mulla and Parwin are high school teachers.

What make this all the more interesting is the fact that the two have scored same marks in all the six subjects too.

The twins informed that they were studying for over 7 hours daily. "We studied together, discussing the subject," they informed.