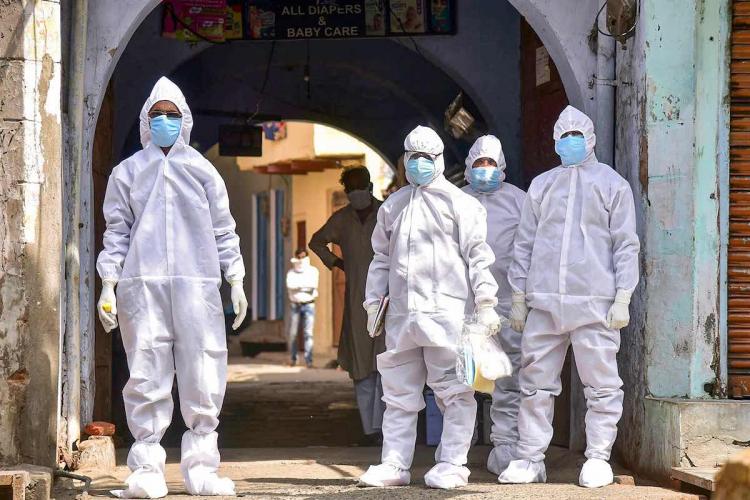 Bengaluru, 02 July 2020 [Fik/News Sources]:  Over the last three days, Bengaluru has witnessed a sudden spike in the number of COVID-19 patients. On Wednesday Bengaluru had 735 people who tested positive for the coronavirus. With the increasing number of cases, the Bruhat Bengaluru Mahanagara Palike is now struggling to trace the contacts in close to 64% of the total number of positive cases.

As of July 1, there were 4,652 patients with COVID-19 in Bengaluru and of these, contacts of 2,963 patients are still being traced. BBMP officials say that the reason for the delay is due to the sudden spike in the number of people testing positive in the last four days.

“There has been a sudden spike in cases. Earlier we used to have fewer cases. The spike is also because of Unlock 1.0. With so many people testing positive in less than a week, we are working hard to trace the contacts,” BBMP Commissioner BH Anil Kumar said.

According to data provided by the BBMP, there were 176 patients with COVID-19 lodged in isolation in Bengaluru as of May 31, the last day of the lockdown. After Unlock 1.0 was implemented on June 1, the number of cases rose by 96% in the city. In just one month, the number of patients in isolation rose to 4,476.

The positivity rate rose from 1.17% to 4.74%. “The largest spike happened between June 22 and June 30, where we had 2,977 active cases. With these sheer numbers, it is obviously going to take time to trace contacts, map containment zones among other things,” Anil Kumar added.

The ward with the highest number of cases is Padarayanapura with 80 people getting COVID-19. VV Puram has 73 patients, Dharmaraya Swamy Nagar has 53 patients, Shivajinagar has 52, Hogasandra has 51, KR Market and SK garden have 36 and 35 patients respectively. The areas with more than 15 patients with COVID-19 include Sampangi Rama Nagar, Chamarajpet, Chalavadipalya, Shantala Nagar, Chickpet, Siddapura, Singasandra, Mangammanapalya, Jnana Bharati Nagar, Hoodi, Gottigere, Kengeri and Kumaraswamy Layout. As of Wednesday evening, there were 485 containment zones in the city. 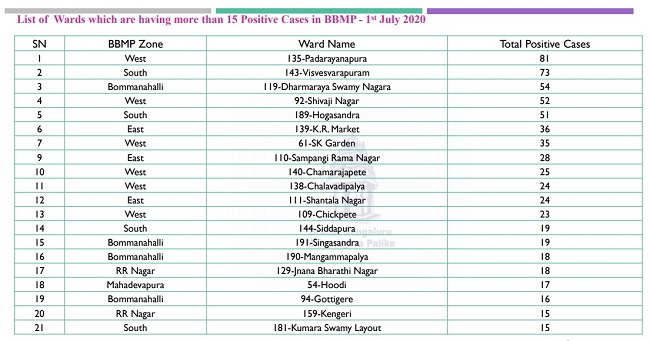