Mangaluru: 21 arrested for violence during anti-CAA protest, get bail 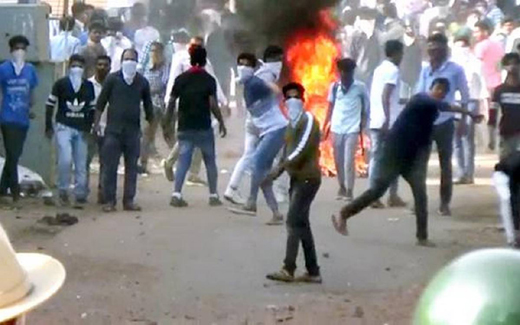 Mangaluru, 19 Feb 2020 [Fik/News Sources]: The High Court of Karnataka has granted bail to 21 persons, who were among those arrested in connection with a case registered for unlawful assembly, causing damage to public property and attempt to set fire to a police station during a protest against the Citizenship (Amendment) Act (CAA) in Mangaluru on December 19.

Justice John Michael Cunha passed the order on February 17 while allowing the petitions filed by Ashik alias Mohammad Ashik and 20 others.The court directed each of the accused-petitioners to furnish a bond for Rs. 1 lakh and two sureties each for like sum apart from imposing other conditions — to appear before the trial court as required, not threaten or allure the prosecution witnesses, not get involved in similar offences, and to not leave the territorial limits of the trial court without its prior permission.

Though the prosecution has claimed that the involvement of the petitioners was captured on CCTV cameras and photographs, no such material was produced before the court showing the presence of any one of the petitioners at the spot armed with deadly weapons, it observed.

It was also noted that the material collected by the investigating agency did not contain any specific evidence as to the presence of any one of the petitioners at the spot; on the other hand, allegations have been made against the Muslim crowd of 1,500-2,000, alleging that they were armed with weapons like stones, soda bottles and glass pieces.

“The records indicate that a deliberate attempt has been made to trump-up evidence and to deprive the liberties of petitioners by fabricating evidence. It is not disputed that none of the petitioners have any criminal antecedents.

“There is no direct evidence to connect the petitioners with the alleged offences. Investigation appears to be mala fide and partisan,” the court observed, while pointing out that the possibility of false and mistaken implication cannot be ruled out as there were counter complaints against the police.