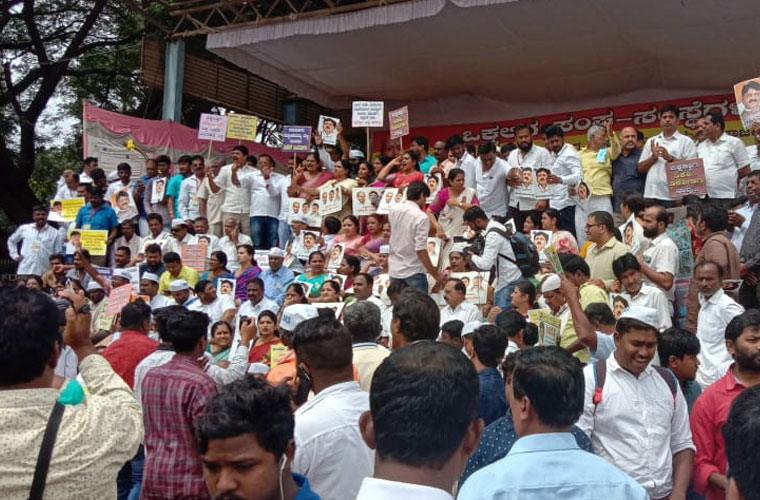 The police have also installed over 500 temporary CCTV cameras along the protest route.

A huge number of people have gathered at the National College Grounds to participate in the protest march today from 11.30 am to 3.30 pm.

Rao, in a press meet, aksed organisers to conduct the protest in a peaceful manner and ensure it did not create any kind of hassles for the public while urging the public to avoid taking the route form which the procession. He informed about the traffic diversions that have been made for smooth passage of the protest march.