US to commemorate 9/11 victims as Taliban talks 'dead' 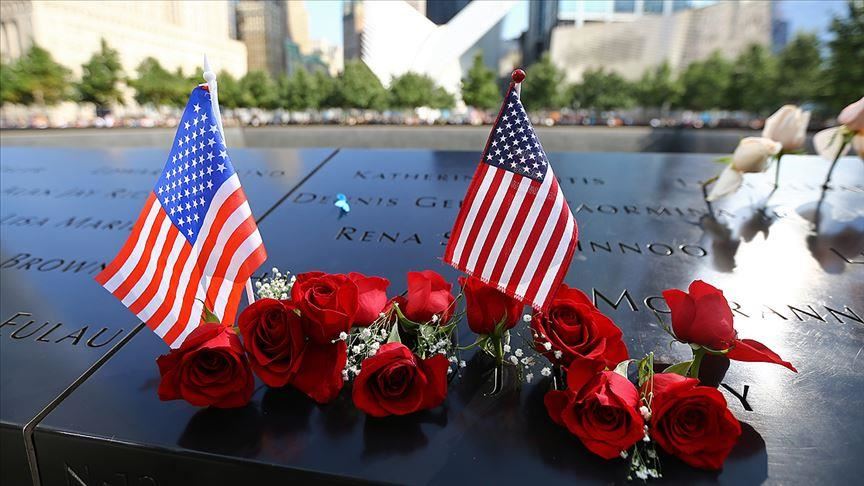 WASHINGTON, 11 Sep 2019 [Fik/News Sources]: The U.S. is poised to remember the deaths of not only the nearly 3,000 people who were tragically killed 18 years ago, but the hundreds more who perished as a direct consequence of the 9/11 terror attacks.

As it has done annually since the attacks, the U.S. will hold remembrance ceremonies on Wednesday, the anniversary of the al-Qaeda attacks, in New York City, Pennsylvania and just outside of the nation's capital at the Pentagon in northern Virginia.

Slain al-Qaeda leader Osama Bin Laden claimed responsibility for the Sept. 11, 2001 attacks on New York's Twin Towers as well as the attack that day on the Pentagon.

The attacks were carried out using three passenger planes hijacked by al-Qaeda operatives. A fourth plane, bound for either the White House or the Capitol, crashed in a field in Pennsylvania after passengers attempted to retake it from the hijackers.

Nearly 3,000 people were killed, including citizens of 77 countries, on that day 18 years ago. Hundreds more first responders have died in the nearly two decades since from illnesses they developed while trying to save lives in the smokey and dust-filled ruins of the attacks, particularly in New York City where thick plumes of dark ash filled the air.

Countless other victims were sickened, some fatally, by the debris.

This year's commemorations come in the shadow of peace talks with the Taliban that U.S. President Donald Trump has said are "dead" after the hardline group claimed responsibility for an attack in Kabul, Afghanistan that killed a dozen people, including a U.S. service member.

The negotiations were close to reaching a deal that would have seen U.S. troops begin to withdraw from the country where they have been at war since 2001, shortly after the 9/11 attacks.

The Taliban, then in control of Afghanistan, provided bin Laden and his organization safe haven in the country which he used to plot the devastating attacks that shook America to its core, as well as other attacks on U.S. targets.

Trump had planned to host the Taliban at Camp David last Sunday to finalize the agreement whose contours had been widely agreed upon, but he abruptly outed the previously secret meeting on Saturday night saying the meeting was off due to last week's suicide attack in Kabul.

In New York this year, the names of roughly 2,600 victims will be read aloud Wednesday morning as bells toll in remembrance of the dead, and the New York City Fire Department will add 22 names to a memorial wall commemorating those first responders who have died as a result of illnesses they incurred as a result of their heroic actions in the immediate aftermath of the attacks.

At the Pentagon, 184 people who perished when American Airlines Flight 77 slammed in the west wall will be remembered during a ceremony which Trump will attend alongside Defense Secretary Mark Esper and Joint Chiefs Chairman Joseph Dunford. The ceremony will be closed to the public, but will include the family members of the deceased who choose to attend.

Near Shanksville, Pennsylvania, where United Airlines Flight 93 jackknifed into a field as passengers attempted to wrest control from the hijackers, Vice President Mike Pence will join remembrance ceremonies at the Flight 93 Memorial Plaza.

That ceremony, which will include the reading of the names of the passengers and crew members and ceremonial bell tolling, is open to the public.