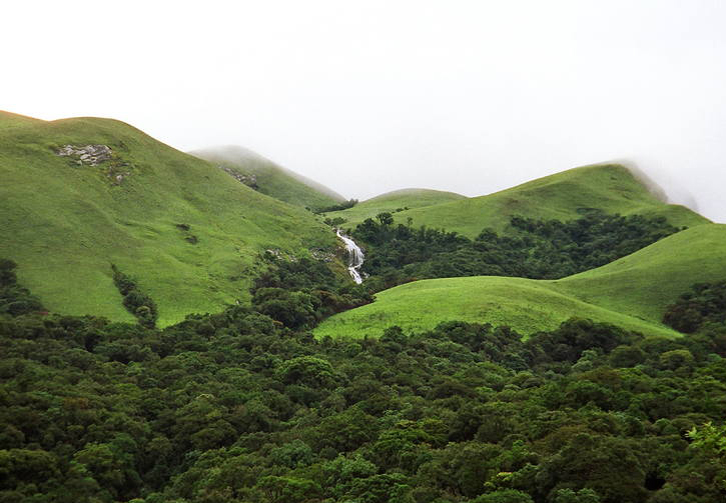 ” Despite the loss of Rs one lakh crore in the flood, Central government has failed tp release interim relief of Rs 5000 crore nor declared flood as natural disaster,” tweeted Karnataka Congress.

“Compensation for flood is the statThe Western Ghats rain forest is spread across four districts in the state including Dakshina Kannada, Udupi, Kodagu and Uttara Kannada and in the last 17 years, close to 20,000 hectares of forest has been destroyed, thereby causing major harm to the unique flora and fauna found here.

For various reasons, the destruction of the forest is increasing year by year. Hence the warning given by experts that the drop in the geographical sensitivity of the Western Ghats is causing imbalance to the natural equilibrium is now coming true. The continuous landslides occurring here since a couple of years proves it to be a fact.

In 2017, a report from the Global Forest Watch (GFW) revealed the intensity of the destruction of rain forest that has occurred in Dakshina Kannada, Udupi, Kodagu and Uttara Kannada districts from 2001 to 2017. It warned that the flora and fauna in the Western Ghats is facing an existential threat.

In a mere span of 6 years, from 2012 to 2017, around 10,000 hectares of the rain forest has disappeared from these districts. The report states that in 2017 alone, around 2,208 hectares of rainforest has been destroyed including 955 hectares in DK, 857 hectares in Udupi, 160 and 236 hectares in Kodagu and Uttara Kannada districts respectively.

Destruction of forest, mining, encroachment in the name of tourism, developmental works has severely affected the geological sensitivity of the rainforest and this needs to controlled, warned Prof|Madhawa Gadgil and Dr|Kasturi Rangan in their reports. But the government and district administration have failed to take any action and now the results are occurring.

Experts have urged the government to stop mining, urbanization and control development work, prevention of use of chemicals in cultivation and ban on industries that adversely affect the rain forest.

Forest is necessary to retain and hold soil and water along narrow hilly areas. It is estimated that an area of 1 acre of rainforest in the Western ghats, receives around 1.5 crore liters of rain. When there is dense forest, the water is retained and it flows slowly. Soil erosion is prevented. Therefore deforestation must be stopped – Shivananda Kalave, Environmental expert, Sirsi

The Geological Survey of India, environmentalists, Western Ghats work force had already given waning regarding this. A letter was written to the government as well. Considering the present occurring at the Western Ghats, a committee made of experts from various areas, government officials should be created. It should carry out a study and submit a report. The government should immediately implement proper action. Relief is possible only by stopping deforestation and encroachment – Anant Kumar Ashisara, Former President Western Ghats Work Forcee’s right. But our coward CM is not ready to fight for our right,” they added.