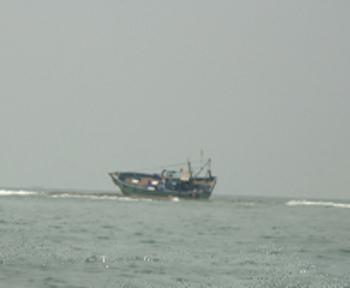 Udupi, 24 Apr 2019 [Fik/News Sources]: Six fishermen on board a deep sea fishing boat from Malpe which capsized near Goa-Malvan on April 22, Tuesday afternoon, have been rescued. Roshni Kunder from Malpe is the owner of this boat named Sri Saisiddi.

The boat had ventured into fishing from Malpe on the night of April 16 and  capsized about 40 nautical miles off Goa Malvan coast.

Fishermen from two other boats namely  Shubhashaya and Vayuputra rushed to the rescue of the  fishermen of this boat.

The loss has been estimated at Rs 80 lakhs.